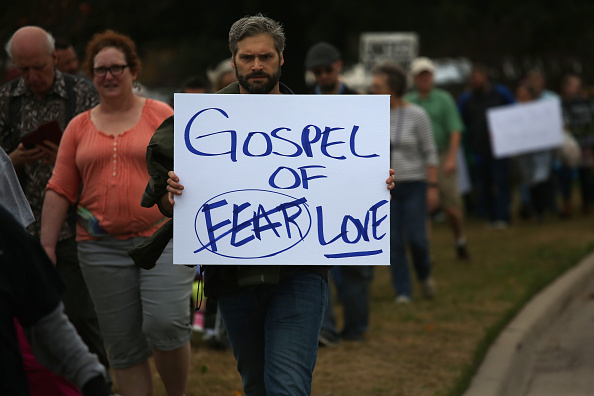 Demonstrators at a peace march against Islamophobia on Dec. 12 in Dallas. John Moore/Getty Images