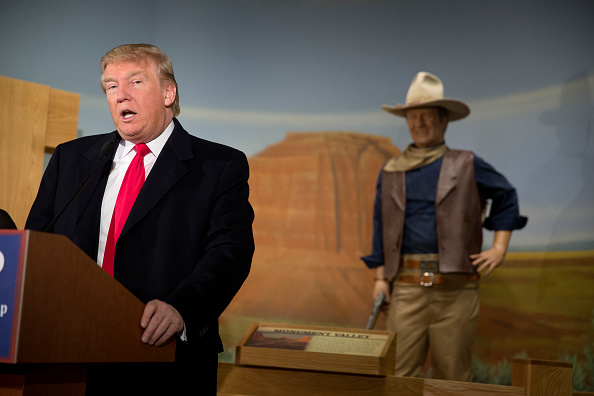 Trump speaks at the John Wayne Birthplace Museum on Jan. 19 in Winterset, Iowa. The Iowa caucuses are on Feb. 1. Photo by Aaron P. Bernstein/Getty Images

The Flint, Michigan water crisis forces an official with the Environmental Protection Agency to resign. The E.P.A. also announces it will take over lead sampling of the city’s water. While a federal appeals court hands President Obama a temporary win on a key rule to limit carbon emissions, the Supreme Court agrees to review a case challenging his executive actions on immigration. Ted Cruz accuses the Republican establishment of unifying behind Donald Trump. On the Democratic side, a surging Bernie Sanders prepares to challenge Hillary Clinton on Super Tuesday and beyond. And people living on the east coast of the U.S. prepare for a monster snowstorm. A panel of journalists joins guest host Susan Page for analysis of the week’s top national news stories.

Role Of 'Lies' In GOP Race