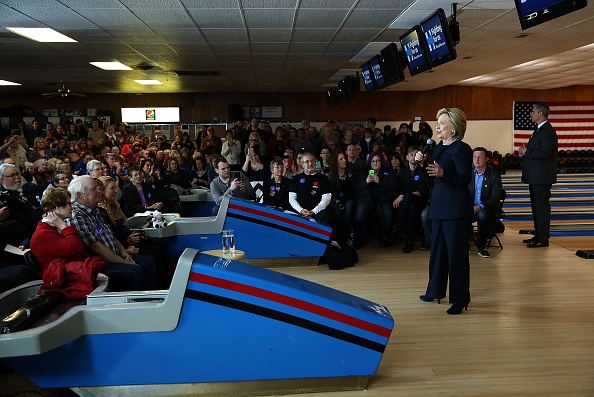 Democratic presidential candidate Hillary Clinton speaks during a "get out the caucus" event at the Adel Family Fun Center on Wednesday in Adel, Iowa. Justin Sullivan/Getty Images

Candidates make their final pitch to voters before Monday’s Iowa caucuses. Republicans clash during a debate in Des Moines while GOP frontrunner Donald Trump hosts his own event across town. President Obama tells Democrats at a congressional retreat that he’s confident their party will win in November. According the newly released emails, state workers in Flint, Michigan, got clean water several months before a lead advisory went out to residents. NASA remembers the crew of the Challenger space shuttle 30 years after its explosion. And the Obama administration is expected to propose new rules to close the gender pay gap. A panel of journalists joins guest host Indira Lakshmanan for analysis of the week’s top national news stories.