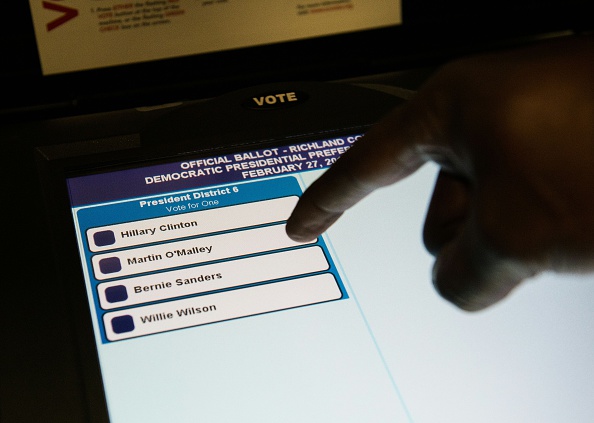 A man casts his ballot in the South Carolina Democratic primary in Columbia, South Carolina, on February 27. Nicholas Kamm/AFP/Getty Images

Hillary Clinton won her first resounding victory of the 2016 campaign on Saturday. She defeated Senator Bernie Sanders in the South Carolina primary, with 73.5 percent of the vote. She drew overwhelming support from African-American voters. Guest host Susan Page talks with NPR’s Ron Elving about what the results could mean as we head into the Super Tuesday primaries.