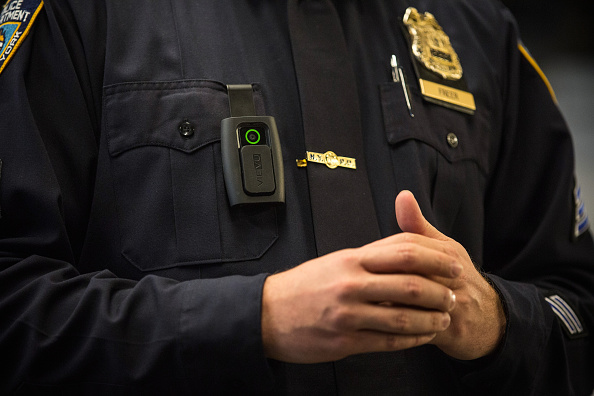 Police body cameras have been around for a number of years but it was after the shooting of Michael Brown in Ferguson, Missouri, in the summer of 2014 when interest in them really took off. President Obama promoted body cameras as a way to increase police transparency and accountability. Groups as disparate as police chiefs and civil libertarians see their value and many are advocating for wider adoption. But even those who support more police body cameras say implementing them in a way that gets it right is tricky — particularly when it comes to protecting people’s privacy. Guest host Tom Gjelten and his guests discuss the growing use of police body cameras.