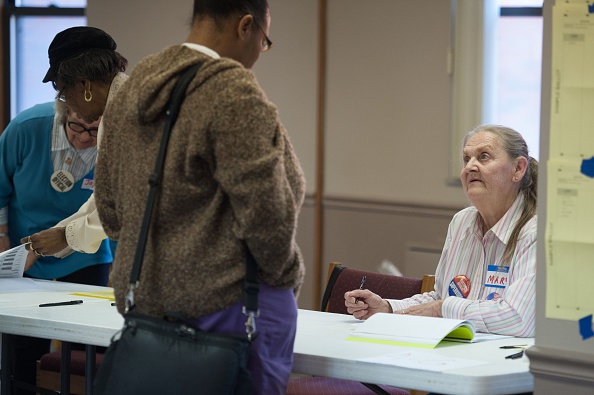 An election worker checks in a voter during Missouri primary voting at the First Baptist Church of Ferguson on March 15 in Ferguson, Missouri. Michael B. Thomas/AFP/Getty Images

Voters went to the polls in five states yesterday with more than 1,000 delegates at stake in both parties. Republican frontrunner Donald Trump won three contests, including Florida, where he took home all 99 delegates. Trump’s victory there led Senator Marco Rubio to drop out of the race. But in Ohio, Governor John Kasich won his home state, complicating Trump’s path to the nomination. On the Democratic side, it was a big night for Hillary Clinton – she won four out of five states, including a close contest in Illinois. She now has a significant delegate lead over Vermont Senator Bernie Sanders. Diane and guests discuss Super Tuesday results and what they mean for the presidential nomination race in both parties.