What Income And Geography Mean For Life Expectancy

What Income And Geography Mean For Life Expectancy 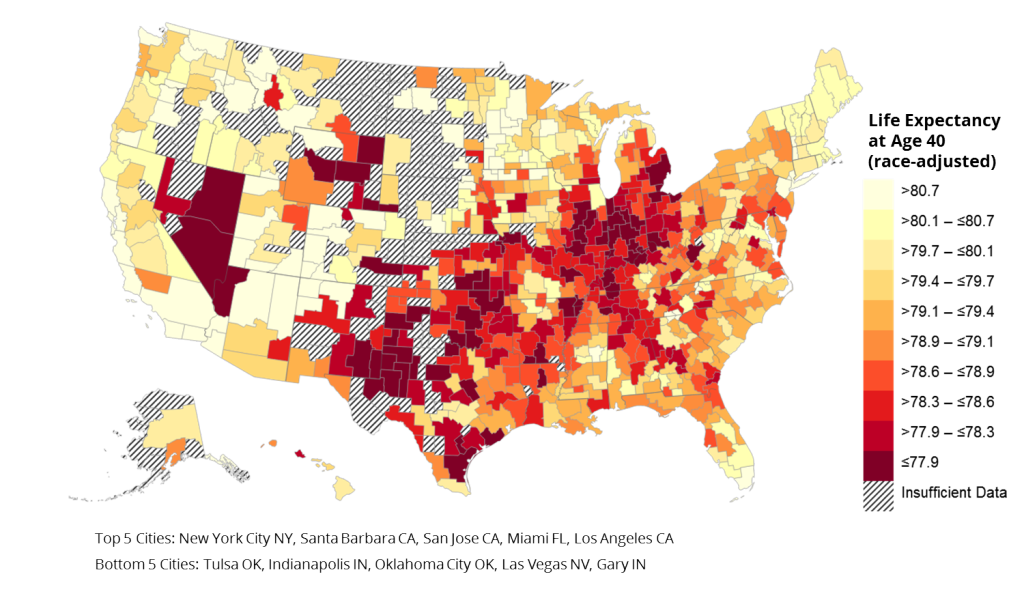 New research shows that life expectancy for those in the bottom income quartile, where you live in the U.S. impacts how long you live. Courtesy Health Inequality Project

Wealthy people typically live longer than poor people: this idea has long been studied and supported by research. But new work is deepening our understanding of differences in life expectancy across the U.S. A study published yesterday tells us not only that the gap in lifespan between the rich and poor has increased notably in recent years, but that for poor Americans, where you live in the U.S. plays a key role in determining how long you live. And new work from The Washington Post adds another layer, pointing to decaying health and earlier death for white women in particular. Life expectancy in America: how it’s linked to income, location and gender.