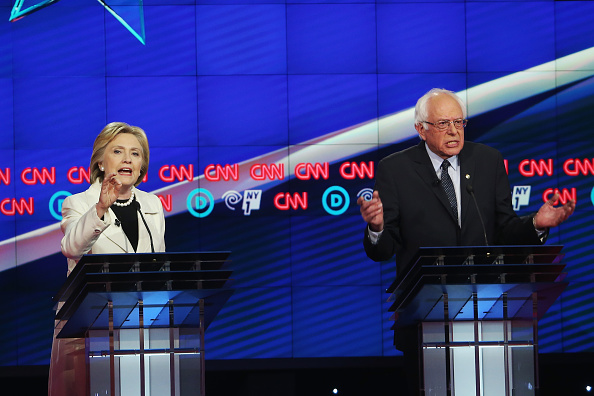 Bernie Sanders and Hillary Clinton spar in their last debate before Tuesday’s crucial New York primary. They clashed over breaking up big banks, curbing gun violence, and the U.S. approach to Israel. Ted Cruz doubles down on his disparagement of “New York values.” House Speaker Paul Ryan says he will not be the Republican nominee in 2016. Candidates from both parties turn up the heat on the hunt for delegates, while Donald Trump says the primary rules are stacked against him. A task force finds the Chicago Police Department is plagued by racism. And Louisiana’s governor issues an order banning discrimination against LGBT state workers. A panel of journalists joins Diane for analysis of the week’s top national news stories.