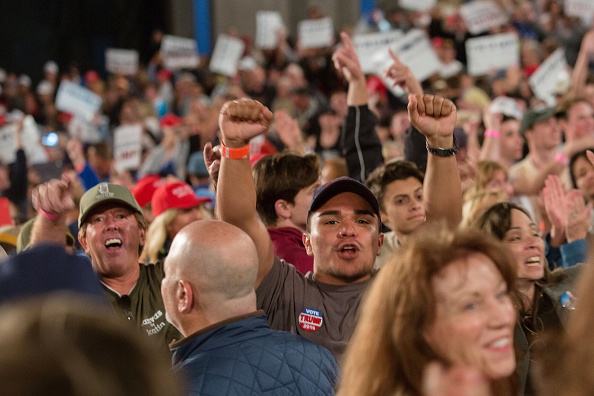 Supporters of Republican presidential candidate Donald Trump jeer at members of the press at the encouragement of the candidate during his campaign rally at the Orange County Fair and Event Center, April 28, 2016, in Costa Mesa, California. Later in the night, protestors clashed with police and Trump supporters outside the rally. David McNew/AFP/Getty Images