Divisions Within The Democratic Party And Implications For The Presidential Race

Divisions Within The Democratic Party And Implications For The Presidential Race 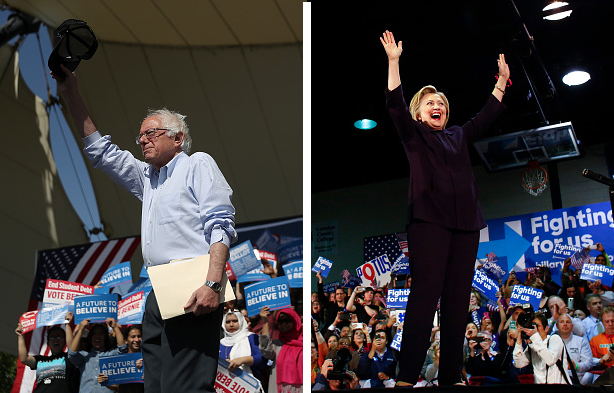 Bernie Sanders and Hillary Clinton appear to have split primary victories on Tuesday, with Sanders winning decisively in Oregon and Clinton scoring a narrow victory in Kentucky. Apparent GOP nominee Donald Trump won by a wide margin in Oregon. For the Democrats, last night’s primary results didn’t change the trajectory of the race. But Bernie Sanders has come under fire for the behavior of his supporters at a Nevada state convention, where they argued delegates were treated unfairly. In the aftermath, tensions have escalated between the Clinton and Sanders campaigns and the national party. Diane and guests discuss a growing divide among Democrats and implications for the presidential race.