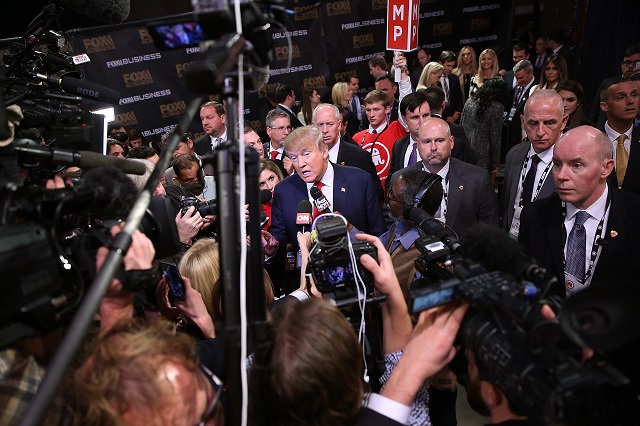 In late January, Donald Trump announced he would skip a Fox News debate and hold a fundraiser for veterans’ groups instead. At the time, Trump said $6 million was raised. But in the ensuing months, reporters at The Washington Post contacted veterans’ charities and discovered most hadn’t received any checks. On Tuesday, Trump called a press conference to announce donations had been made to these groups. and then spent most of the time berating reporters who cover his campaign. The presumptive GOP presidential nominee called one ABC reporter a “sleaze” and reporters in general “dishonest” and “unfair.” Diane and guests discuss Donald Trump’s combative relationship with the press and how it affects his campaign for president.