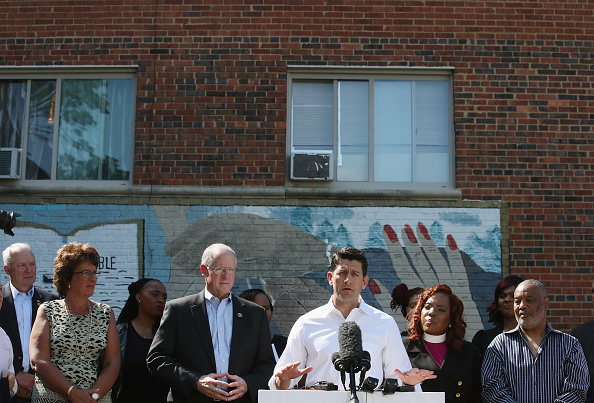 U.S. Speaker of the House Paul Ryan (R-WI) speaks while unveiling the GOP's 2017 agenda June 7 in front of House Republicans and local residents at the Graceview Apartments in Washington, D.C. Mark Wilson/Getty Images

The Democratic Party leadership wants to move on, but Bernie Sanders isn’t quite ready yet. President Barack Obama and other high-profile Democrats endorse Hillary Clinton after she’s poised to become the first woman in U.S. history to top a major party’s presidential ticket. But Senator Sanders vows to continue his campaign at least through the last Democratic primary in Washington, D.C. Also this week, House Speaker Paul Ryan started to roll out the G.O.P’s 2017 agenda. And it appears to be a sign that Republican leaders aren’t fully embracing their presumptive nominee. Finally, thousands are expected to attend the funeral of boxing legend Mohammad Ali. A panel of journalists joins guest host David Gregory for analysis of the week’s top national news stories.