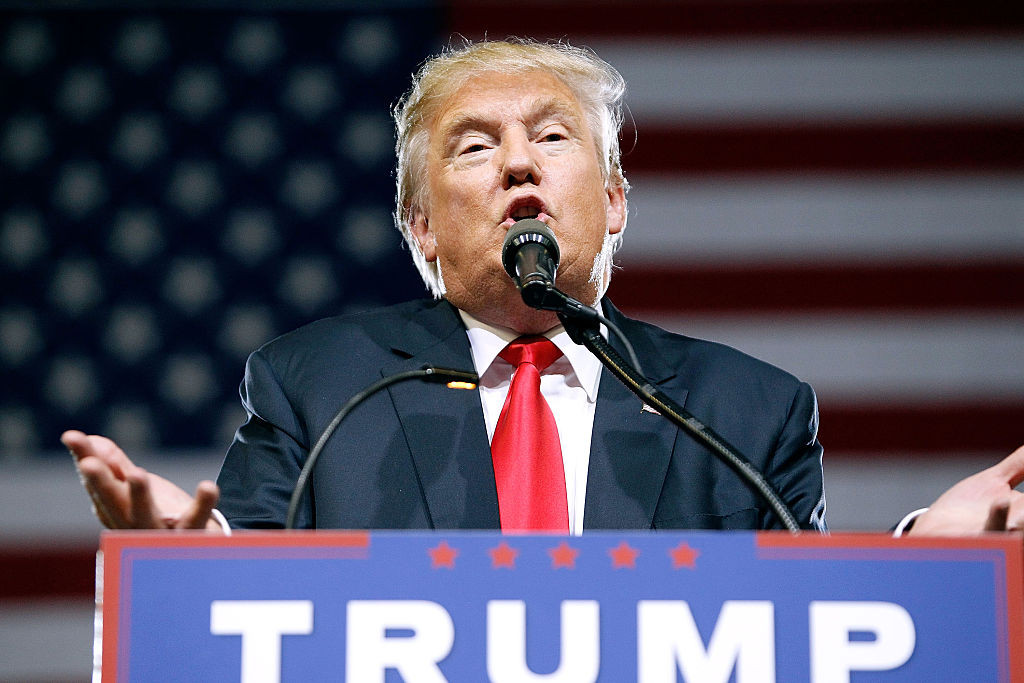 PHOENIX, AZ - JUNE 18: Presumptive Republican presidential nominee Donald Trump speaks to a crowd of supporters during a campaign rally on June 18, 2016 in Phoenix, Arizona. Trump returned to Arizona for the fourth time since starting his presidential campaign a year ago. (Photo by Ralph Freso/Getty Images)

New campaign finance reports show that Donald Trump has less than $1.3 million in the bank heading into June. He is trailing Hillary Clinton by more than $41 million. Trump’s staff of 70 people also pales in comparison to Clinton’s nearly 700 campaign employees. Top Republicans are alarmed and wonder how Trump will win swing states in the November election. In response, the presumptive nominee said he would rely on his personal fortune. Trump is expected to respond further to concerns about his campaign in a speech later this morning. Guest host Tom Gjelten and a panel of guests take a look at the state of Donald Trump’s campaign.