The Global Refugee Crisis And How Governments In The U.S. And Around The World Are Responding

The Global Refugee Crisis And How Governments In The U.S. And Around The World Are Responding 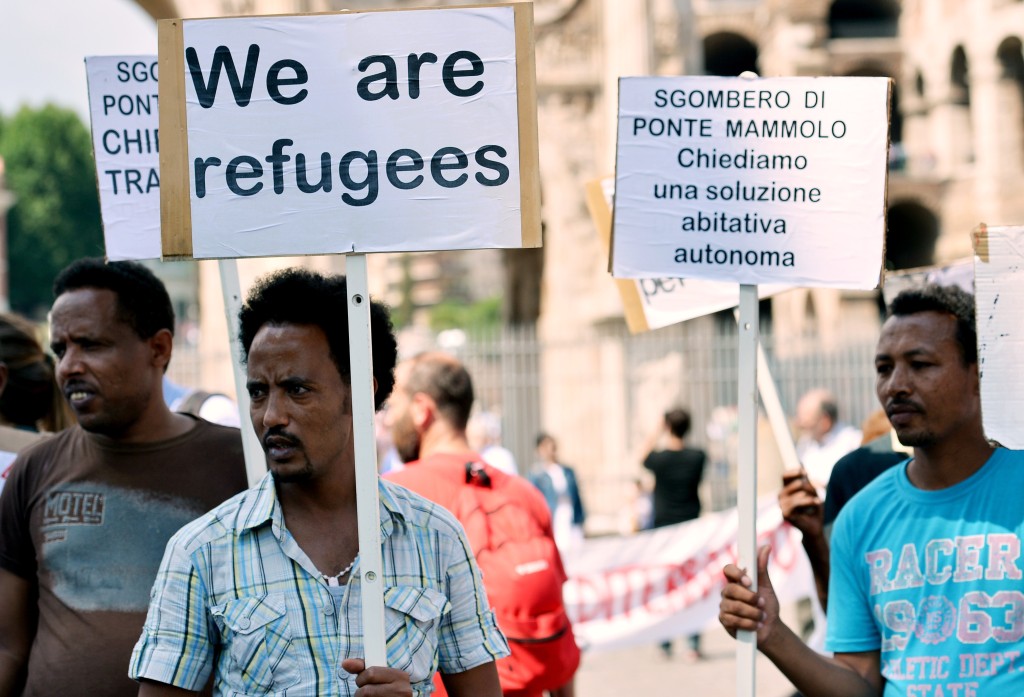 A participant holds a sign reading "We are refugees" during a demonstration in downtown Rome to mark World Refugee Day on June 20, 2015. TIZIANA FABI/AFP/Getty Images

According to a report from the United Nations released this week, 65 million people around the world were displaced from their home by the end of last year– the largest number ever recorded by the agency. While the majority are people are exiled within their own country around 20 million are refugees. The largest group, not surprisingly, is fleeing Syria. Europe has struggled to cope with the influx of migrants and have moved to close their borders. On this side of the Atlantic, anti-immigrant rhetoric is running high. Susan Page and her panel discuss the global refugee crisis and how governments in the U.S. and around the world are responding.