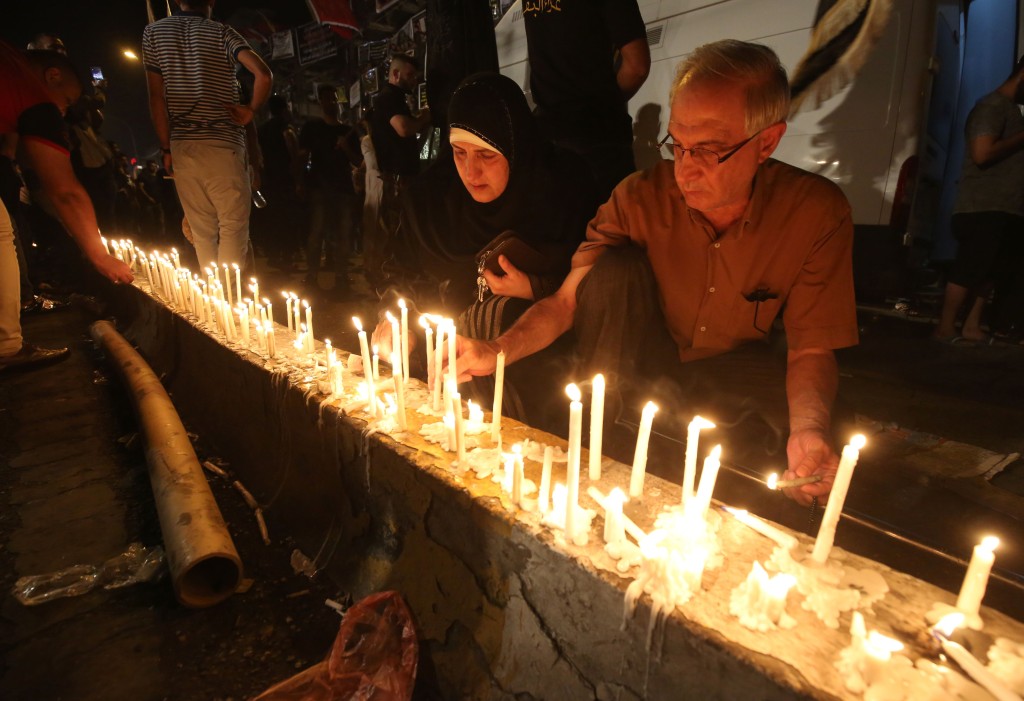 Iraqis light candles on July 5 at the site of a suicide car bomb attack which took place early on July 3 in Baghdad's Karrada neighborhood killing at least 213 people and wounding more than 200. Ahmad Al-Rubaye/AFP/Getty Images

On July 4, bombings rocked three cities in Saudi Arabia. Two days earlier the deadliest car bomb this year exploded in Baghdad. On July 1 in Dhaka, Bangladesh gunmen held hostages at a bakery killing 22. Just over a week ago, three suicide attackers killed 41 people at Istanbul’s airport. ISIS claimed responsibility for some of these attacks. For others, they did not — but officials suspect the terrorist group’s involvement. ISIS had vowed to make the holy month of Ramadan deadly and as it came to a close, they have done just that. Diane and her guests discuss new attacks from ISIS and security questions for the U.S.