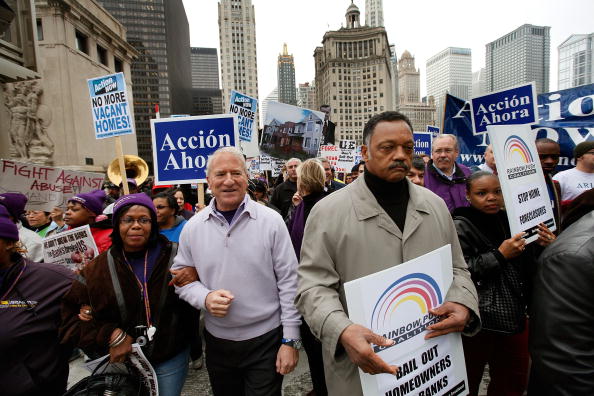 Andy Stern (L), then president of the SEIU leads a demonstration for bank reform with Jesse Jackson (R), president and founder of the Rainbow PUSH Coalition, in October 2009 in Chicago, Illinois. Scott Olson/Getty Images

The idea of a universal basic income has been around for centuries. Thomas Paine, one of this country’s founding fathers, was an early proponent. Later, it was taken up by progressives like Martin Luther King Jr., but conservatives and libertarians have been interested in the idea, too. Today, a leading voice in support of the concept is Andy Stern, who spent 14 years as president of the Service Employees International Union, a tenure that led some to call him the country’s most influential labor leader at the time. Diane talks with Andy Stern about technology, the future of work and why he is making a case for a universal basic income.

Adapted from RAISING THE FLOOR by Andy Stern with Lee Kravitz. Reprinted with permission from Public Affairs.