Latest From Cleveland: The GOP’s Challenge To Unify And Expand Its Appeal

Latest From Cleveland: The GOP’s Challenge To Unify And Expand Its Appeal 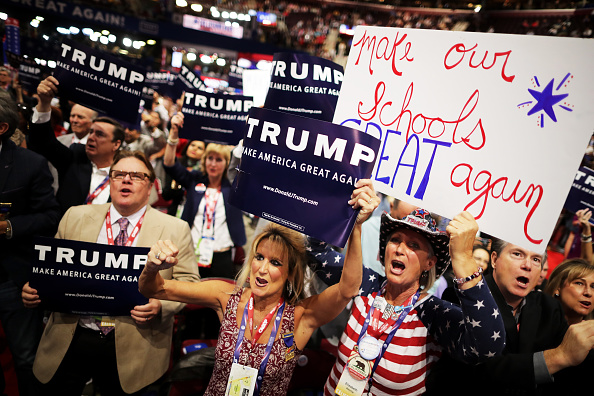 This year’s Republican National Convention was marked by discord from the start. On day one: an explosive display of division, as groups opposing Donald Trump tried one last time to make a stand against him. Then on Wednesday, perhaps the most striking moment yet: Texas Sen. Ted Cruz’s defiant decision not to endorse Trump. Booing broke out from the audience as Cruz instead told Republicans to “vote their conscience,” with no mention of the nominee. Renewed worry over how party division could affect the election is accompanied by concerns that the GOP has not done enough to rally minority voters and women around their candidate. Images of a very white audience in Cleveland this week pushed that issue further into the spotlight. A conversation about cracks in the Republican party and the mounting need to broaden appeal.