What’s Ahead At The Democratic National Convention

What’s Ahead At The Democratic National Convention 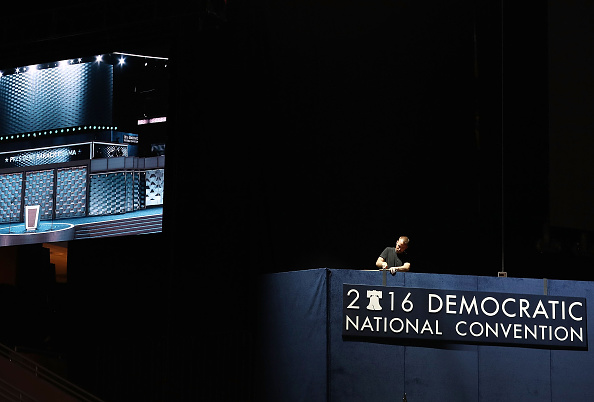 A worker puts up a sign as he helps set up the arena for the Democratic National Convention at the Wells Fargo Center on July 24 in Philadelphia, Pennsylvania. Joe Raedle/Getty Images

The Democratic National Convention kicks off today in Philadelphia after a weekend of headlines – some welcomed by the party, some not so much. On Saturday, Hillary Clinton celebrated her chosen running mate, Sen. Tim Kaine, in front of TV cameras in Florida. But the mood turned darker just a day later, when Democratic National Committee Chair Debbie Wasserman Schultz resigned after the release of nearly 20,000 leaked party emails. Some of them indicated favoritism toward Clinton as she battled Bernie Sanders for the party nomination. We talk about the email controversy, the vice presidential candidate and what to expect at the convention this week.