Day Three At The DNC: President Obama Makes His Case For Hillary Clinton

Day Three At The DNC: President Obama Makes His Case For Hillary Clinton 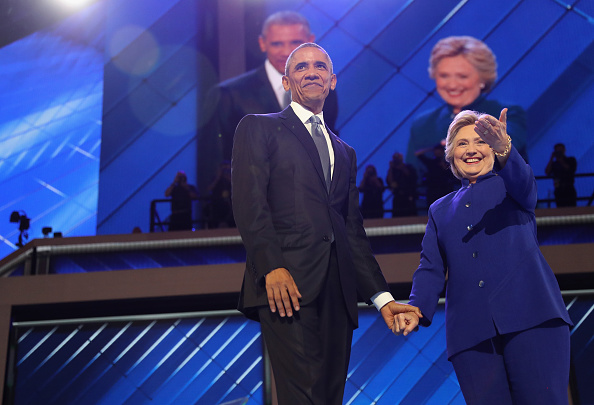 If there were two unifying themes to the third night of the DNC it was this: why Donald Trump is not qualified to lead the country and why Hillary Clinton is. A series of speakers – Vice President Joe Biden, former New York City Mayor Michael Bloomberg, and Clinton’s running mate Tim Kaine – hammered home both points and offered some of the most pointed attacks yet on the Republican nominee’s character and credentials. But President Obama was the man of the night. He painted a hopeful and optimistic America which is in stark contrast to the one Donald Trump describes, and Obama delivered a full throated endorsement of Hillary Clinton. Guest host Indira Lakshmanan and her panel discuss the latest from the DNC.