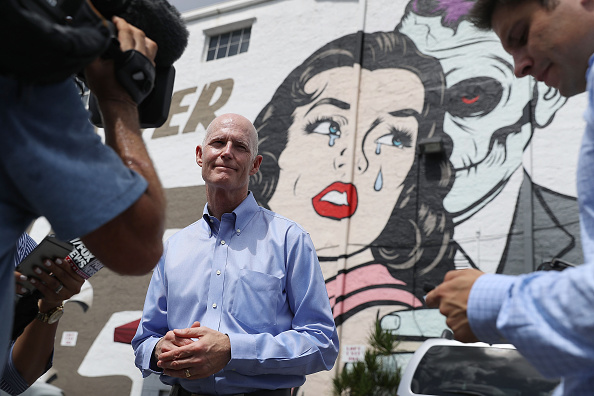 Florida Governor Rick Scott speaks to the media as he visits the Wynwood neighborhood where the Zika virus has broken out on August 4 in Miami, Florida. Joe Raedle/Getty Images