Challenges For The Media In Covering Donald Trump

Challenges For The Media In Covering Donald Trump 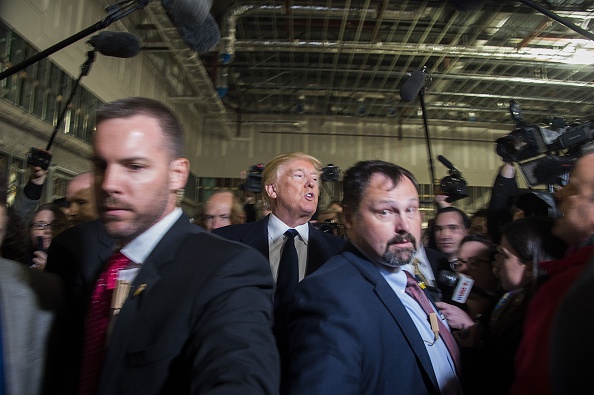 Early this week, 50 national security experts from Republican administrations signed an open letter denouncing Donald Trump as a danger to the nation. Then, Trump sparked new firestorms by suggesting action against Hillary Clinton by “second-amendment people” and claiming that President Barack Obama founded ISIS. Developments like these are fueling a debate in many newsrooms across the country: how to cover Donald Trump. Some editors and reporters argue that if you believe Trump is a dangerous demagogue, normal journalistic standards of objectivity need not apply. Trump says mainstream news organizations are biased against him, and many supporters agree. Guest host Susan Page and her guests discuss how the media covers Donald Trump.