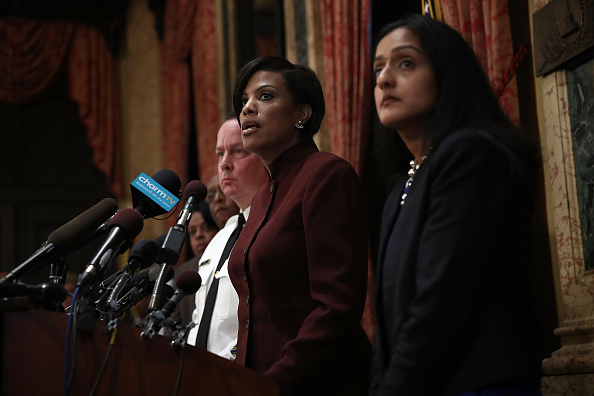 Hillary Clinton unveils her economic agenda at a speech in Detroit, Michigan. The Democratic nominee promises to oppose the Trans-Pacific Partnership and to stamp out what she calls the “trump tax loophole.” Donald Trump walks back his assertion that President Obama founded the Islamic State, saying he was being “sarcastic.” A batch of new emails raises questions about the relationship between the State Department and the Clinton Foundation. A Department of Justice report finds systemic, racial bias at the Baltimore police department. And the courts weigh in on voter ID laws in two states. Guest host Susan Page and a panel of journalists discuss the top domestic stories of the week.