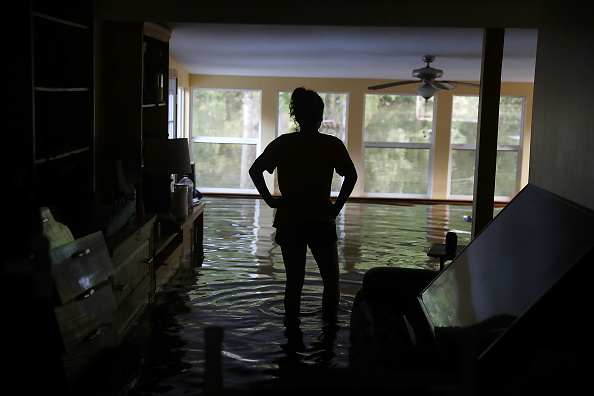 A woman surveys the flood damage to her home on August 17 in Sorrento, Louisiana. Last week Louisiana was overwhelmed with flood water causing at least 13 deaths and damage to thousands of homes. Joe Raedle/Getty Images

Donald Trump tries for a campaign reboot, shaking up his staff and speaking yesterday in a new, regretful tone. The FBI releases documents to congress related to Hillary Clinton’s e-mail inquiry, and defends its decision not to press criminal charges against the candidate. A group calling itself the “Shadow Brokers” claims to have hacked the NSA, alarming U.S. intelligence agencies. And the Red Cross is calling the flooding in Louisiana the worst natural disaster in the U.S. since Hurricane Sandy: 13 people have died and tens of thousands have been displaced. A panel of journalists joins Diane for analysis of the week’s top national news stories.

'Are We Covering The Wrong Things?'