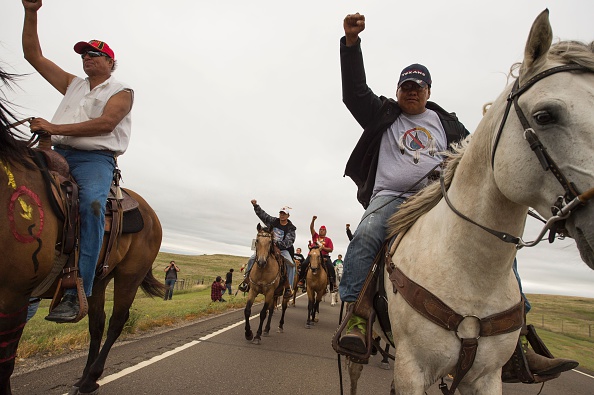 At the Sacred Stone Camp, near the Standing Rock Sioux Reservation In North Dakota, thousands of people from more than 200 Native American tribes have joined the protest against a pipeline that would carry crude oil from the Dakotas through Iowa to Illinois. And more demonstrations have emerged across the country this week. They say the project would damage drinking water and sacred ground. The Texas company behind the pipeline says it poses no risk, and a judge ruled last week that the stakeholders went beyond their legal obligations to get approval for it. Meanwhile, an order from the Obama administration has halted construction of the pipeline around certain waterways near the reservation. The controversy has sparked a renewed conversation over how energy projects are approved—and who is involved in the process. What’s next for the Dakota Access Pipeline and how infrastructure decisions are made in the U.S.

Energy Transfer Partners declined an invitation to join the Diane Rehm Show. They shared this statement that was sent to employees this week.

These maps from Energy Transfer Partners show the route of the Dakota Access Pipeline.