Analysis Of The First Clinton-Trump Debate

Analysis Of The First Clinton-Trump Debate 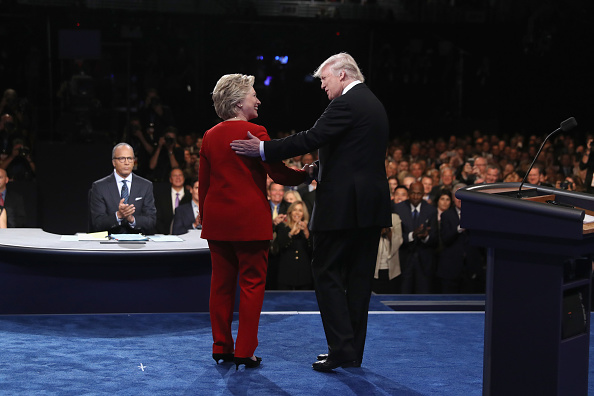 Hillary Clinton and Donald Trump went head-to-head last night in their first debate as presidential candidates. They sparred on jobs, trade deals, policing practices and race, as well as tax returns and combating terrorism. The debate was contentious, with Trump repeatedly interrupting Clinton, and Clinton calling out for fact checkers more than once. Going into the debate, the candidates were virtually tied in the polls. Whether their performance on the stage tipped that balance is not yet clear. Diane and her guests talk about the first debate between the two major-party presidential candidates — and whether either candidate won over undecided voters.