WikiLeaks, Russia And The 2016 Presidential Race

WikiLeaks, Russia And The 2016 Presidential Race 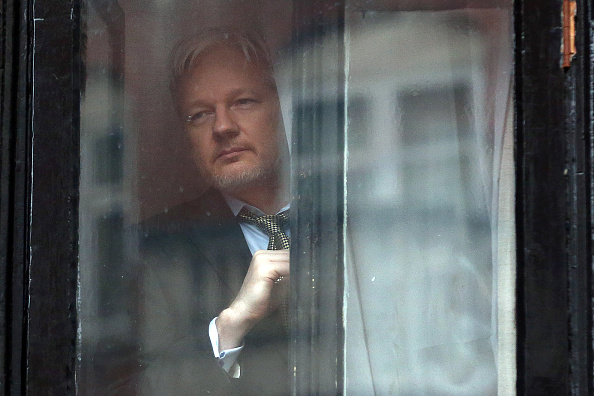 LONDON, ENGLAND - FEBRUARY 05: Wikileaks founder Julian Assange prepares to speak from the balcony of the Ecuadorian embassy where he continues to seek asylum following an extradition request from Sweden in 2012, on February 5, 2016 in London, England. (Photo by Carl Court/Getty Images)

WikiLeaks has published thousands of Clinton campaign emails over the past week obtained by hackers. The content of the emails has led to embarrassing headlines about the Clinton Foundation, internal campaign disputes and talks with Goldman Sachs. The Clinton campaign is neither confirming nor denying the authenticity of the emails. John Podesta, Clinton’s campaign chairman, alleges the Russian government is behind the hacks. U.S. intelligence agencies are investigating. WikiLeaks, Russia and the 2016 presidential race.