Analysis Of The Third Clinton-Trump Debate

Analysis Of The Third Clinton-Trump Debate 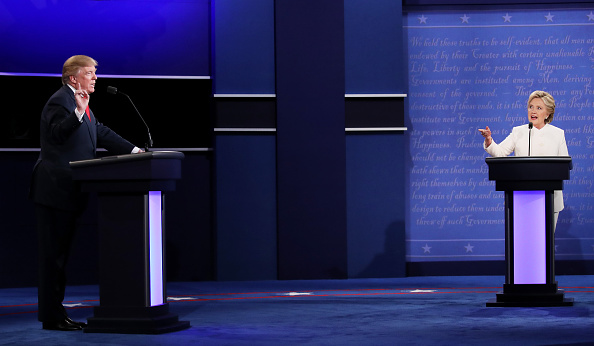 In the third and final presidential debate, Donald Trump made the stunning statement that he would not necessarily accept the results of the election. His words instantly became the headline across the country, drowning out praise for what otherwise might have been the candidate’s best debate performance to date. Throughout last night’s caustic event, Hillary Clinton and Trump staked out disparate positions on issues like abortion and the makeup of the Supreme Court. And they jabbed at each other’s vulnerable spots. Join guest host Derek McGinty and his panel of experts for analysis of the final debate between Trump and Clinton, and how it could affect the election just weeks away.