The State Of The Presidential Race

The State Of The Presidential Race 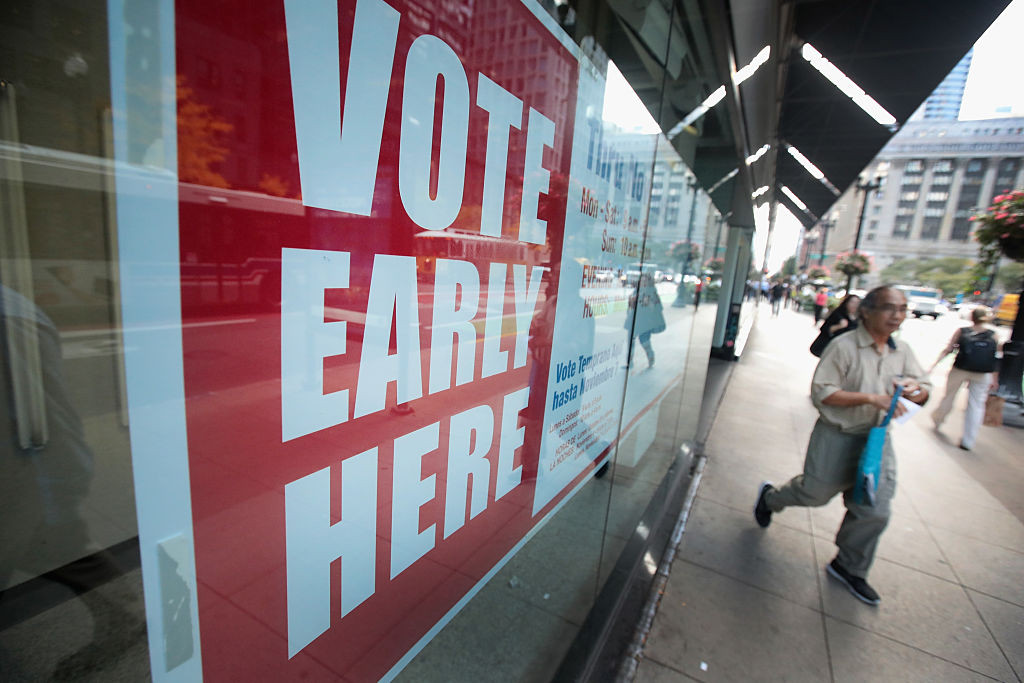 A sign alerts residents to an early voting site where they can cast ballots for the November 8 election, on October 18, 2016 in Chicago, Illinois. Scott Olson/Getty Images

Election day is just over two weeks away, but millions of Americans have already cast their ballot for the next president. With early voting underway in states across the country, Hillary Clinton and Donald Trump are making a final push for support. Clinton leads in the latest national polls; she’s looking to capitalize on her position to strengthen Democrats’ chances in down-ballot contests. But there are still signs of strong Trump support across the map, including the candidate’s first major newspaper endorsement. In its final days, we look at the state of the race: early voting numbers, latest polls and end-of-the-line strategies for both campaigns.