The Latest On FBI Director Comey And Hillary Clinton’s Emails

The Latest On FBI Director Comey And Hillary Clinton’s Emails 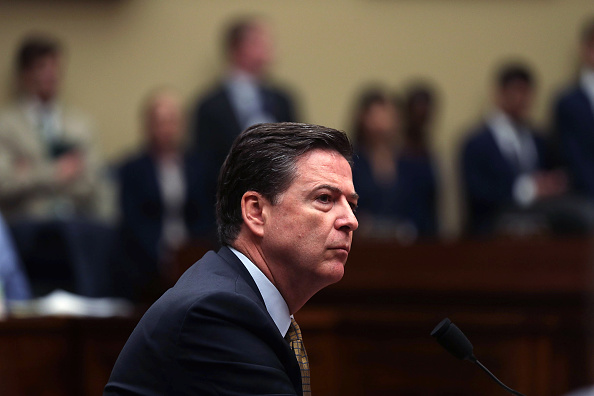 FBI Director James Comey testifies on July 7, 2016 ,on Capitol Hill to a State Department oversight committee focusing on the FBI's recommendation not to prosecute Democratic presidential candidate Hillary Clinton for maintaining a private email server during her time as Secretary of State. Photo by Alex Wong/Getty Images

Federal investigators have obtained a warrant to search the email server of a close aide to Hillary Clinton. In a surprise move on Friday – just 11 days before the presidential election – FBI Director James Comey informed Congress about new emails possibly linked to Clinton. In July the FBI announced no charges would be filed after it completed an investigation of Clinton’s use of a private server while she was secretary of State. The FBI director has been sharply criticized by Democrats and even some Republicans for his ambiguous letter to Congress on Friday. Diane and her guests discuss the latest on the new probe and whether it could sway voters at the polls next week.