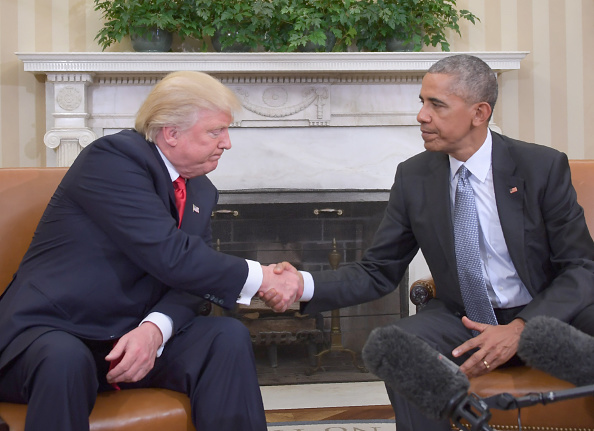 US President Barack Obama shakes hands as he meets with Republican President-elect Donald Trump on transition planning in the Oval Office at the White House. Photo credit should read JIM WATSON/AFP/Getty Images

An emotional election season comes to a close, with results few anticipated: Donald J. Trump is America’s next president. The transition of power begins with a meeting between Trump and Obama at the White House. Obama described the 90-minute session as “excellent” and “wide-ranging.” Speaking in New York, Hillary Clinton concedes the election. She calls on supporters to give Trump “a chance to lead.” In down ballot races, Republicans win big maintaining control of the House and the Senate. And three states including California legalize marijuana use. Tom Gjelten and our panel of reporters discuss the week in news.