After A Trump Victory, What’s Next For The Democratic Party?

After A Trump Victory, What’s Next For The Democratic Party? 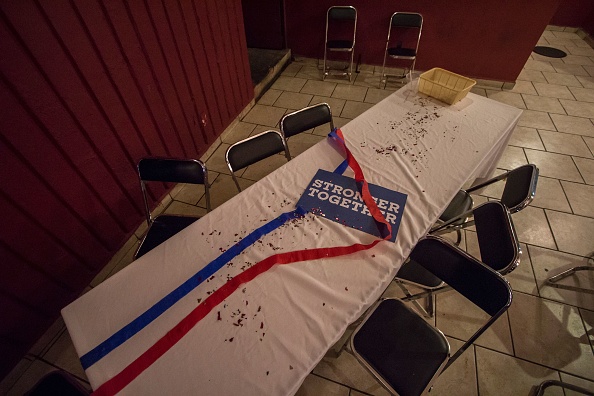 A deserted table with a sign in support of U.S. Democratic presidential candidate Hillary Clinton is seen during a Democratic party event on Election Night 2016. HECTOR GUERRERO/AFP/Getty Images

This weekend, Hillary Clinton blamed her surprising election loss in part on FBI Director James Comey. Days before the election, he had revived an inquiry into her use of a private email server while secretary of state. But analysts see a more fundamental problem. They say the Democratic Party has lost touch with white working class voters—the group that ultimately lifted Donald Trump to the White House. Now, Democrats need to reach out to alienated Americans and champion causes like jobs and trade they say could help the party win the White House in 2020.