Former Secretary Of State Madeleine Albright And Former National Security Adviser Stephen Hadley On The U.S. Role In The World

Former Secretary Of State Madeleine Albright And Former National Security Adviser Stephen Hadley On The U.S. Role In The World 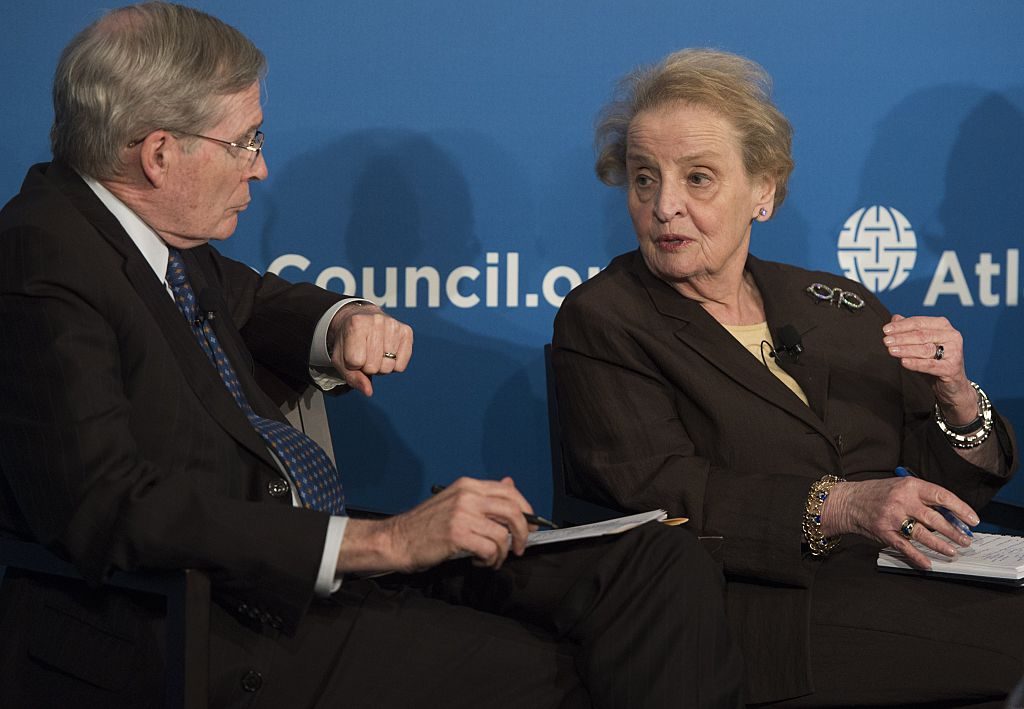 What role the U.S. should play in Syria has been one of the most vexing foreign policy challenges for the Obama administration. The enormity of the crisis is playing out right now in Aleppo as the Syrian government, backed by Russia and Iran, take back the city from rebel forces. It’s a problem President-elect Donald Trump now inherits, and it’s one of many complex foreign policy challenges he’ll face. High on the list is Russia, following reports that the country interfered in U.S. elections in support of Trump, as well as the future of the U.S.’s “One China” policy. Diane sits down with former Secretary of State Madeleine Albright and former national security adviser Stephen Hadley to discuss U.S. foreign policy and risks for the new administration.