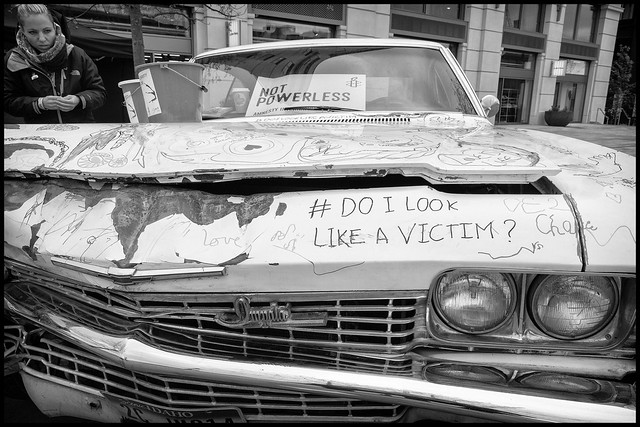 This Chevrolet Impala was wrecked by an abusive ex-boyfriend of artist Imogen Paton. Imogen has turned the car into a piece of "charity art" with the aim of helping victims of domestic violence. Stephen Percival

Domestic abuse accounts for 15% of all violent crime in the United States. Yet, it is rarely discussed in public.

This silence, argues journalist Rachel Louise Snyder, has been a major obstacle in creating effective interventions for both victims and abusers.

And the consequences, she says, can be deadly.

For decades, researchers estimated that three women a day were killed as a result of domestic violence. New data shows that number has risen to four.

Over the last 10 years Snyder has reported on the issue of domestic abuse, interviewing victims, abusers, law enforcement and researchers. She shares what she learned in a new book, “No Visible Bruises: What We Don’t Know about Domestic Violence Can Kill Us.”