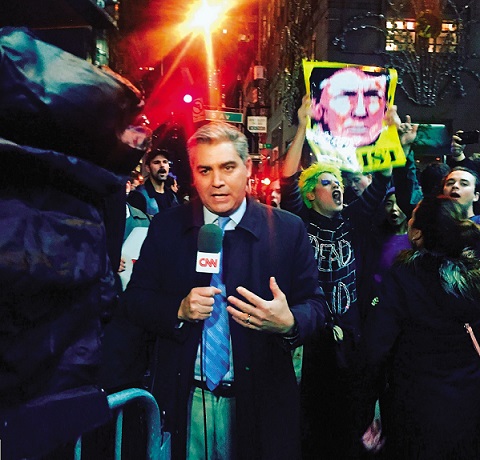 CNN's Jim Acosta reports from outside of Trump Tower on November 9, 2016.

Few journalists have been as visible during the Trump administration as CNN’s Jim Acosta.

Over the last few years he has become known for his aggressive questioning of the president. While some applaud Acosta’s tenacity, he has also received accusations of grandstanding, and the president, himself, has lashed out, calling Acosta “the enemy of the people.”

It is a term President Trump has used to describe the media, in general, at least 30 times on Twitter since taking office. And, now, it is also the title of Jim Acosta’s new book, “Enemy of the People: A Dangerous Time to Tell the Truth in America.”