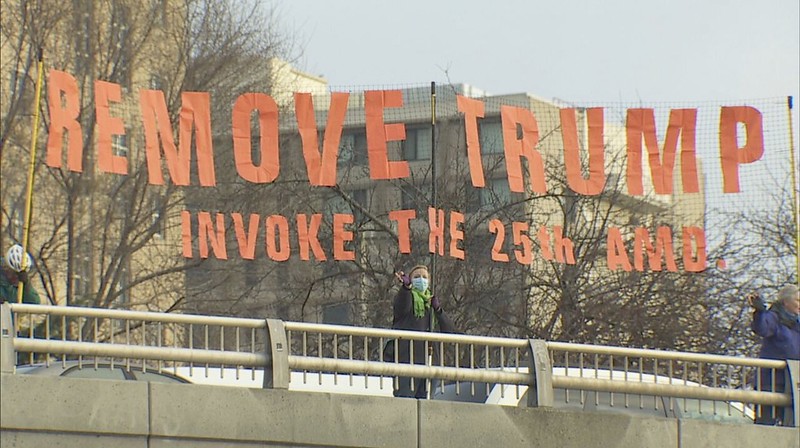 House Democrats introduced an article of impeachment charging President Trump with inciting the mob that attacked the U.S. Capitol last week. They have also called on Vice President Pence to invoke the 25th Amendment.

House Democrats continue their push to remove President Trump from office. They are pressuring Vice President Mike Pence to invoke the 25th Amendment while at the same time introducing an article of impeachment.

More than 200 Democrats in the House of Representatives back these efforts, and a handful of Republicans have said they’d sign on. But many conservatives claim impeaching trump for a second time would only increase threats of violence.

Diane’s guest, Yoni Appelbaum, is a senior editor at The Atlantic. He argued for impeaching Trump as early as 2019 – and he’s making the case for it again.