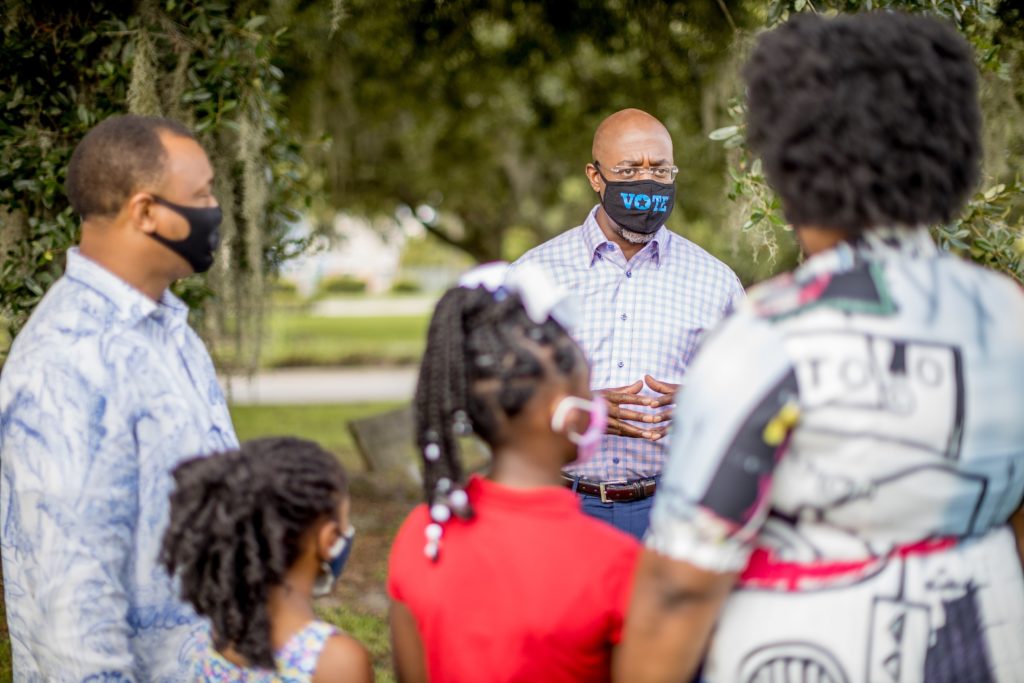 Newly elected senator Raphael Warnock campaigns in Georgia in August 2020. Charles Blow says that Warnock's victory represents the kind of Black political power he argues for in his new book, "The Devil You Know."

New York Times columnist Charles Blow joins Diane to discuss his call to action to Black Americans. He says racism is so embedded in the American system, for the Black community to truly gain their civil rights, they need to think radically and act boldly.

Blow lays out his plan in a new book, “The Devil You Know: A Black Power Manifesto.” In it, he argues the key to moving forward is a reversal of the Great Migration, which saw African Americans leave the South in huge numbers, fleeing racist laws and threat of violence.

But, now, he says, a return to southern cities could provide the kind of Black political power the community has been unable to achieve elsewhere in the U.S.