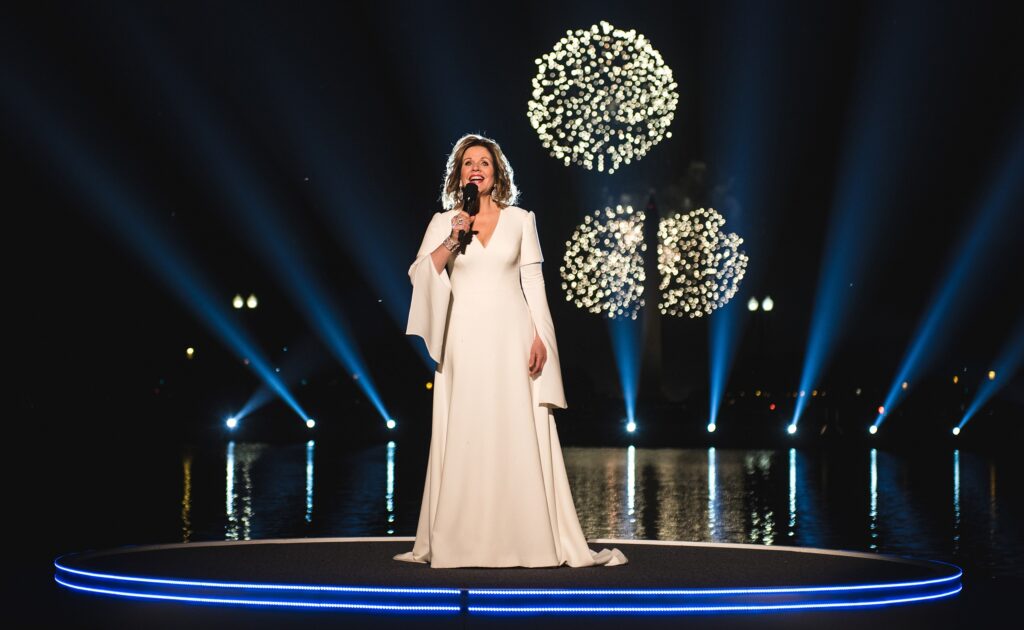 Soprano Renée Fleming performs at a concert on July 4, 2018. She joined Diane on The Diane Rehm Show in December 2004. Dnagz

Singer Renée Fleming made her name in opera. The child of two singing teachers, she spent years developing her voice into what became known as the gold standard of the soprano sound.

Over the years, Fleming has moved beyond the opera stage, now known for performances in concert halls, on recordings, in theater and film, and at major public events. Fleming has won four Grammy awards and in 2013 received the National Medal of Arts.

Back in December 2004, Fleming appeared on The Diane Rehm Show. She had just written a book titled, “The Inner Voice: The Making of a Singer,” or what Fleming called, “an autobiography of my voice.”

In their conversation, Fleming explains how she developed her sound, and discusses the stage fright that almost ended her career.