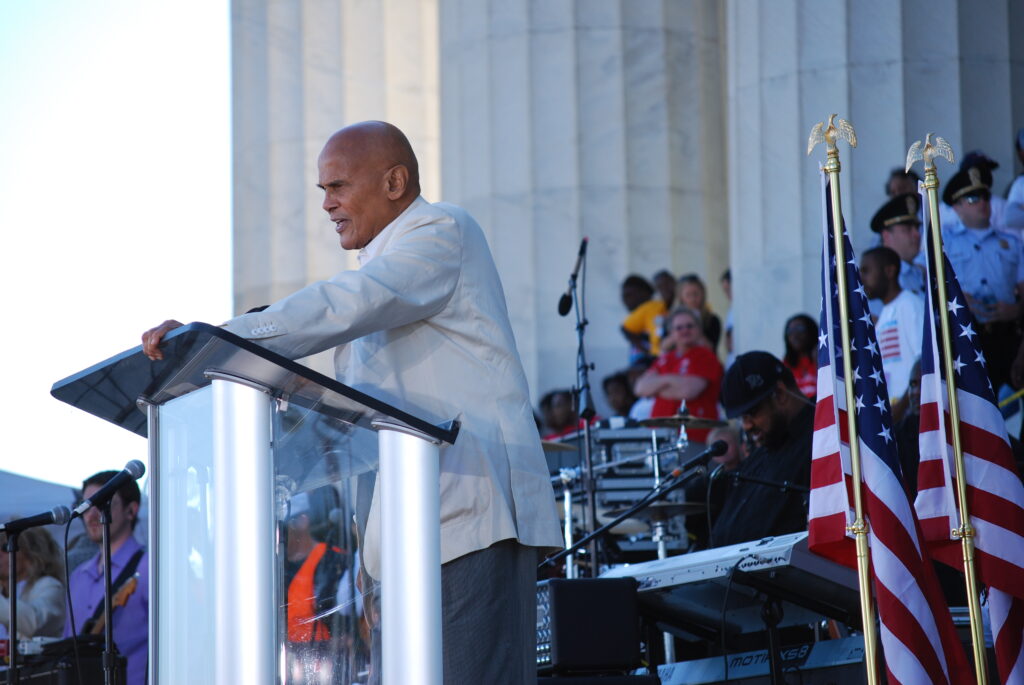 Harry Belafonte reads a speech by labor activist Cesar Chavez on the steps of the Lincoln Memorial in 2010. The Leadership Conference on Civil and Human Rights

Harry Belafonte became a singing sensation in the 1950s, bringing Caribbean Calypso music to international audiences. The refrain of “Day-O!,” from his recording of “The Banana Boat Song,” echoed for generations.

He went on to have a long career in both singing and acting, dabbling across musical genres and starring on stage and in film.

Belafonte was also an early supporter of the Civil Rights Movement and a confidante of Martin Luther King, Jr. Throughout a career that included Grammy awards, an Emmy, and a Tony, he used his platform to advocate for humanitarian causes and political issues he supported.

In 2003, Harry Belafonte joined Diane in the studio in Washington DC as a guest on The Diane Rehm Show. The issues they talked about then — voting rights, the war in Afghanistan, the privatization of the prison system — almost seem like they could be pulled from the headlines today.