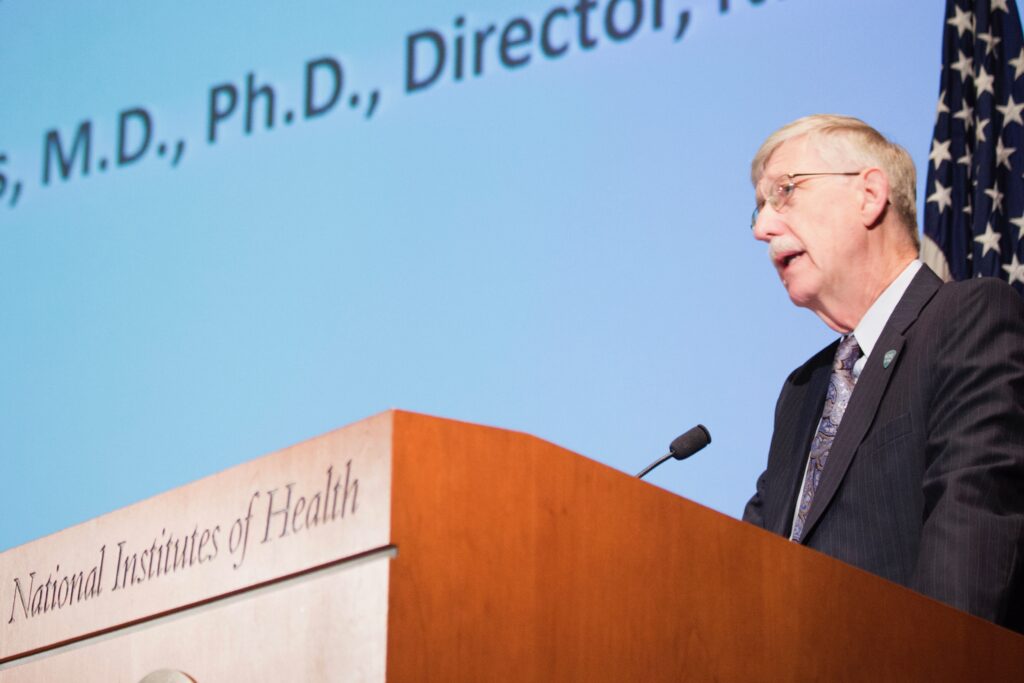 Dr. Francis Collins has been the director of the National Institutes of Health for 12 years. On October 5 he announced he would step down at the end of the year. NIDA(NIH)

The National Institutes of Health will see a leadership change at the end of the year. Dr. Francis Collins announced he would be stepping down as head of the nation’s medical research agency after 12 years, having held the post under Presidents Obama, Trump and Biden.

Before taking the reins at the NIH, doctor Collins was an acclaimed geneticist. He helped discover the gene that causes cystic fibrosis, and led the team that mapped the human genome.

Dr. Collins talked to Diane about the NIH’s successes – and continued challenges – in the fight against Covid-19 and how the rise of partisanship during his tenure has affected medical research. He also addressed the intersection between his Christian faith and career in biomedicine.