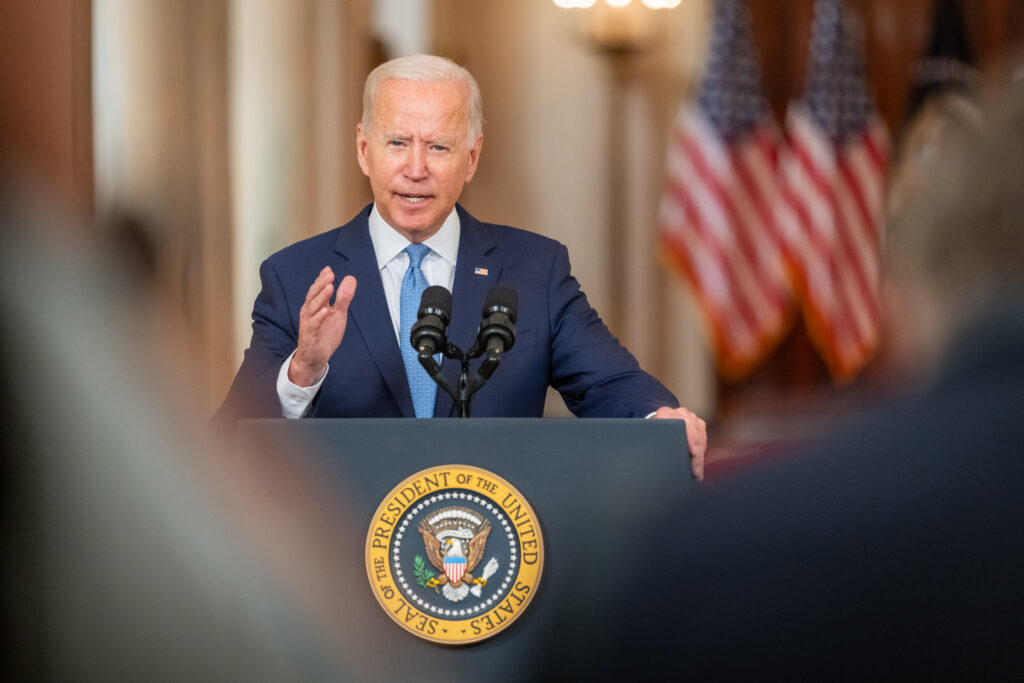 President Joe Biden delivers remarks on ending the war in Afghanistan, Tuesday, August 31, 2021, in front of the Cross Hall of the White House. Official White House Photo by Adam Schultz

Joe Biden’s presidency began amidst a country in turmoil and with political rancor gripping Washington. Yet a majority of Americans consistently approved of Biden, himself.

The newly elected president’s popularity remained constant through his first 100 days as he enacted a stimulus plan, and introduced an agenda that included infrastructure spending and support for social programs like universal pre-k and paid family leave — all of which polled well with voters.

But in recent months that began to change as poll after poll showed diminishing support. Today, a majority of Americans disapprove of the job President Biden is doing.

Diane spoke with Amy Walter of the Cook Political Report, a non-partisan newsletter that analyzes elections, campaigns, and political trends. They discussed what’s behind Biden’s numbers and what this means for Democrats as we head toward the midterm elections.