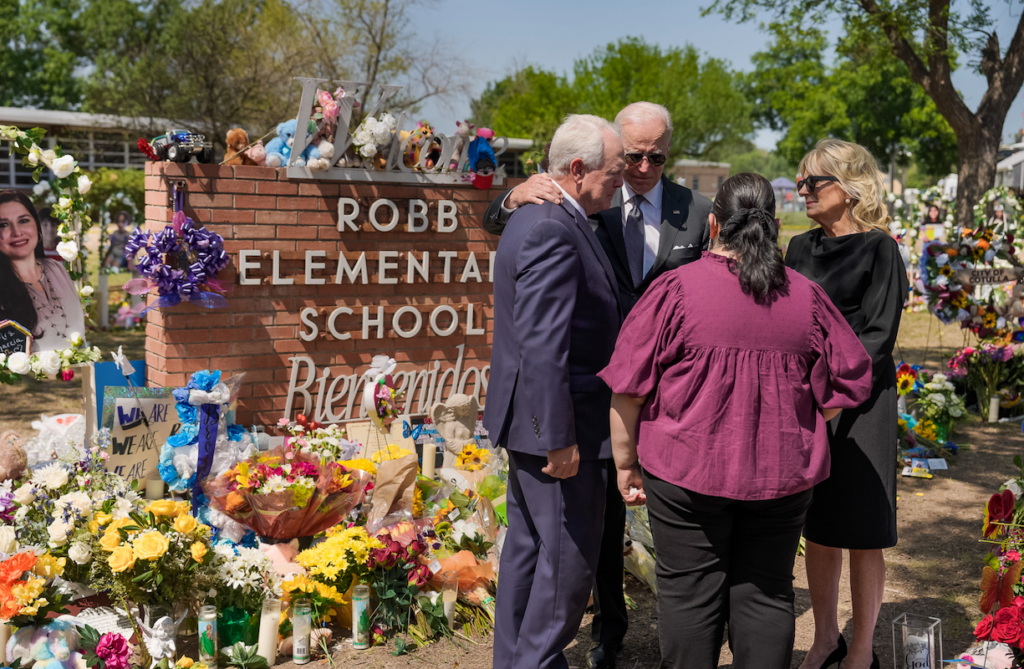 President Biden visits Robb Elementary school in Uvalde, Texas, where a gunman killed 21 people on May 24. The White House

Will the mass school shooting in Uvalde finally push Washington to act on gun control? This is, of course, a question that has been asked before — reaching as far back as Columbine in 1999, then Newtown, then Parkland. But President Biden says this time must be different – and is considering executive action to bypass the logjam in Congress.

In a recent column, The New Yorker’s Susan Glasser looked at political leadership in the aftermath of mass shootings dating back to 1966. She says the evolution of the country’s reaction to these tragic events is a dramatic illustration of our growing political dysfunction – that no amount of presidential leadership may be able to overcome.