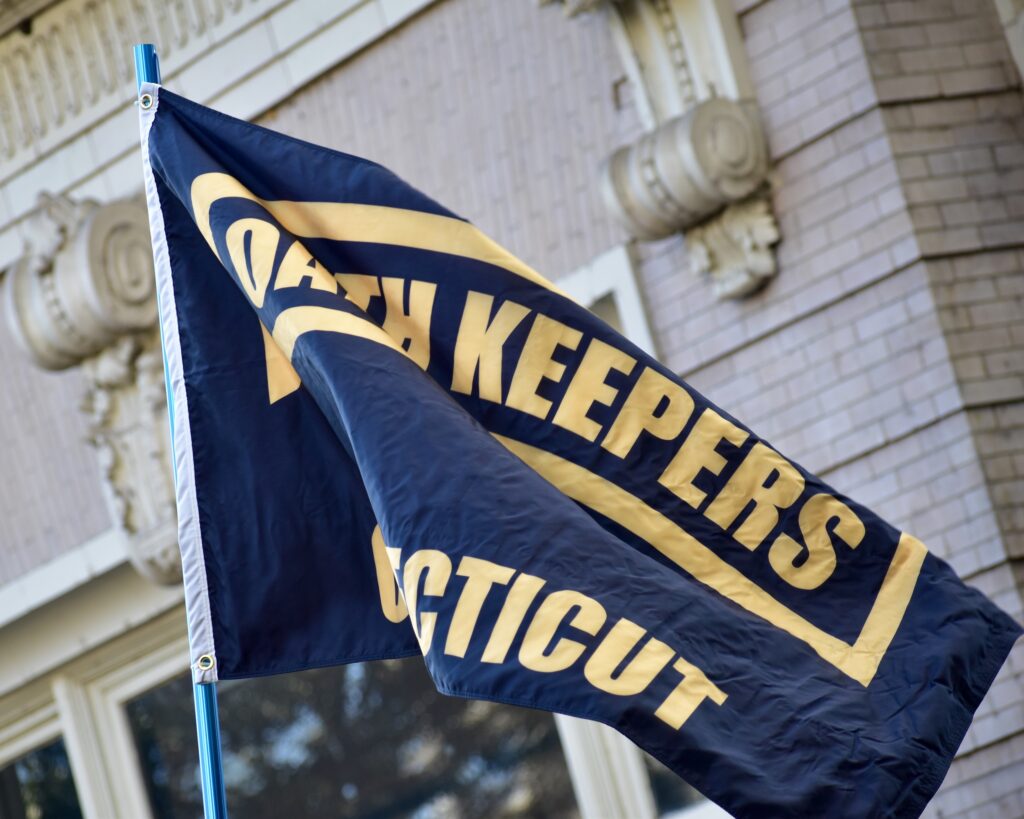 The House committee investigating the insurrection presented evidence that Trump's inner circle communicated with far-right extremist groups, including the Oath Keepers, prior to January 6, 2020. Anthony Crider

This week the House committee investigating January 6 turned its attention to the most violent elements of the Capitol mob. Representatives offered evidence linking Trump’s inner circle to groups like the Proud Boys and the Oath Keepers, whose members have been charged with seditious conspiracy, or plotting to overthrow the government.

Sam Jackson is an expert on far-right extremism and author of the book, “Oath Keepers: Patriotism And The Edge Of Violence In A Right-Wing Antigovernment Group.” He joined Diane to help explain the role of these groups on January 6, what has happened to them since the insurrection, and what kind of threat they continue to pose to our democracy.