What We’re Reading: What’s Next For Ferguson, Missouri 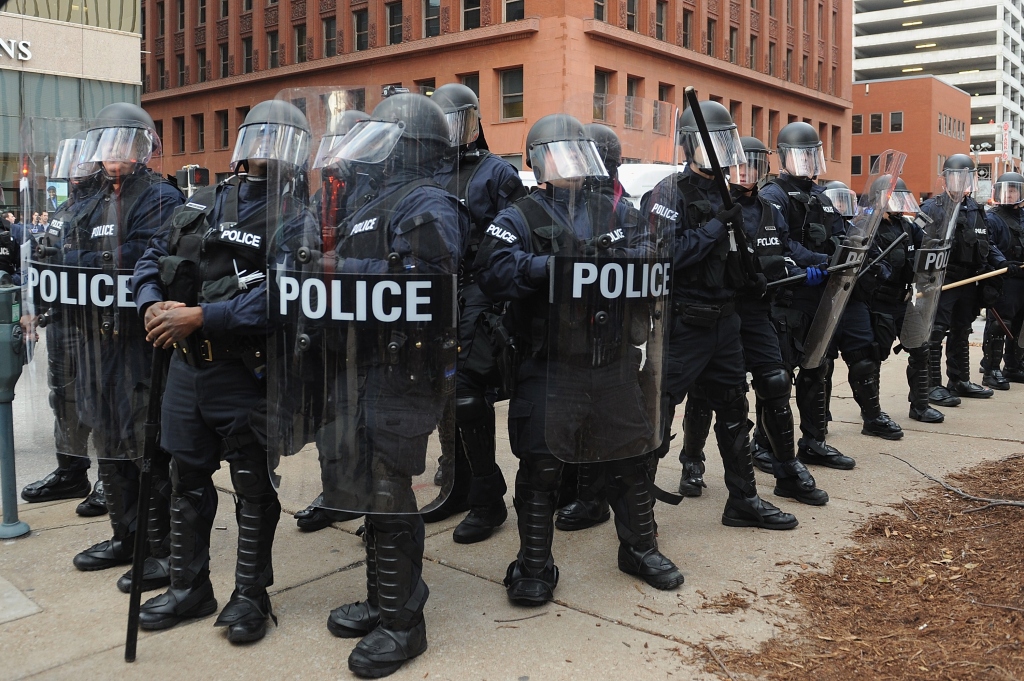 Police officers stand on alert after an arrest was made during a protest in downtown St. Louis, Missouri on November 30, 2014. Demonstrators marched through the streets of St. Louis that eventually led to clashes with police officers and fans from an American Football game between the St. Louis Rams and Oakland Raiders. Michael B. Thomas/AFP/Getty Images

It can be hard to keep track of what’s happening in Ferguson, Missouri amid the widespread and, at times, violent reaction to a grand jury decision not to convict Officer Darren Wilson in the shooting death of Michael Brown.

Beyond the protests, where do we stand? How do we go forward from here?

That’s what we look at in Tuesday’s first hour. Here’s what we’re reading (and watching) to put the situation in perspective:

Ferguson, Continued: What to read in the aftermath: This overview from The Marshall Project is perhaps the most all-encompassing overview of articles addressing what’s next for Ferguson, Missouri.

The Case for Police Reform Is Much Bigger Than Michael Brown, The Atlantic:  “Some are reacting to the debate over the Brown shooting by going deep in the weeds to try proving the grand jury wrong. For those who feel called to that project, I wish you luck. But I think an alternative approach is more likely to end in useful reforms,” writes Conor Friedersdorf.

Cases and controversies: Not your typical grand jury investigation, SCOTUS Blog: “What’s missing from this discussion – and the rest of the coverage I’ve seen – is that this grand jury result may have been different from almost any other because the process was unlike almost any other,” writes Eric Citron.

What It Felt Like to Be a ‘Suspicious’ Black Teenager, Wall Street Journal: “Ferguson reminds a Journal reporter of times in his youth when he was singled out by police.”

Ferguson Mayor: Police Will Recruit More Minorities, NPR: “The mayor of Ferguson, Mo., says he plans to launch a number of initiatives to calm tensions in the the city in the wake of the fatal police shooting of 18-year-old Michael Brown,” says NPR.