Prospects For Change In The Aftermath Of Michael Brown’s Death In Ferguson, Missouri

Prospects For Change In The Aftermath Of Michael Brown’s Death In Ferguson, Missouri 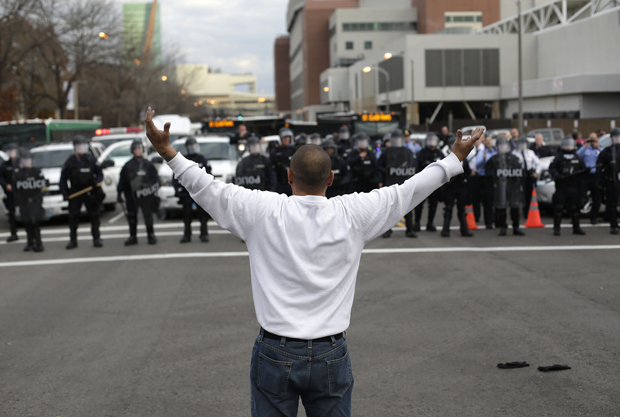 President Barack Obama met with civil rights leaders and law enforcement officials yesterday to talk about ways to build trust between the local police and residents in African American communities. That trust has been especially strained since last when a grand jury in Ferguson, Missouri voted against indicting a police officer who had shot and killed Michael Brown, an unarmed black teenager. Many welcome the president’s focus on the issue, but hope that much more can be done to improve race relations, police procedures and economic opportunity in America’s disadvantaged neighborhoods. Please join us to talk about prospects for change.