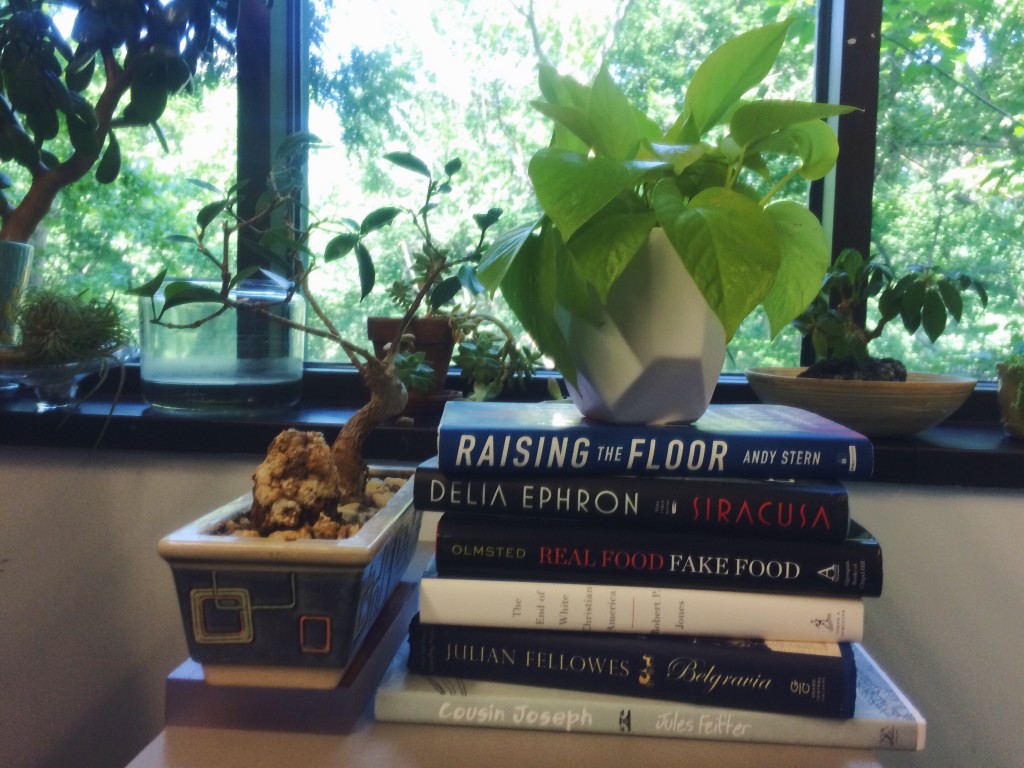 A selection of the books we'll be talking about in July. The Diane Rehm Show

Here’s what’s on tap for July:

David Cole: “Engines Of Liberty” (rebroadcast)
We’re replaying our interview with legal scholar and frequent guest of the show David Cole, in which he discusses his new book about how citizen activists are the true drivers of constitutional change.

Larry Olmsted: “Real Food/ Fake Food”
A journalist identifies an array of fake food in American stores and restaurants—from parmesan cheese with wood pulp to extra-virgin olive oil that doesn’t deserve the name—and tells us how to spot the real thing.

Julian Fellowes: “Belgravia”
A new novel from the creator of global hit “Downton Abbey” explores money, desire and secrets in 19th century London. It tells the story of a family living in Belgravia, a neighborhood in London, during and 25 years after the Battle of Waterloo.

Andy Stern: “Raising The Floor”
Andy Stern, former president of the Service Employees International Union, spent five years traveling the country to ask great minds about the future of our economy; in his new book, he explains why he believes a universal basic income may be the key to its success.

Jules Feiffer: “Cousin Joseph”
The legendary, Pulitzer Prize-winning cartoonist is back with the second installment in his noir fiction comic trilogy — this time, it’s a prequel to 2014’s “Kill My Mother,” set in Bay City during the Great Depression.

Robert P. Jones: “The End Of White Christian America”
Drawing on more than 40 years of polling data, Robert P. Jones, the CEO of the Public Religion Research Institute, explains how and when white Christians ceased to be a majority in the U.S., and how that demographic shift will impact the future of our country.

Delia Ephron: “Siracusa”
In the newest novel from the best-selling author of “Sister Husband Mother Dog,” two couples vacation to the eponymous beachfront town in Sicily, where secrets are revealed and relationships unravel.