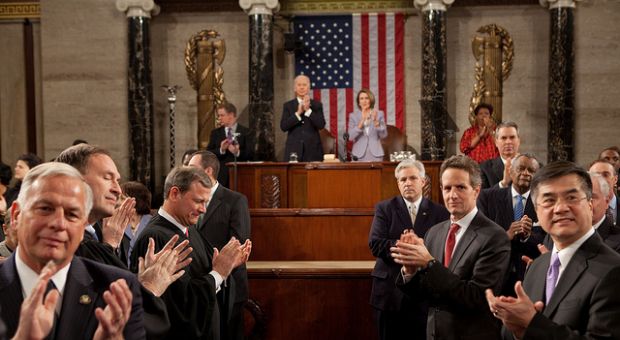 "As the President entered the House chamber to give his State of the Union address, I turned around to see his pathway to the podium. It reminded me of a scene from the movie, "The American President." (Pete Souza, White House photographer). Jan. 27, 2010 Official White House photo by Pete Souza via Flickr