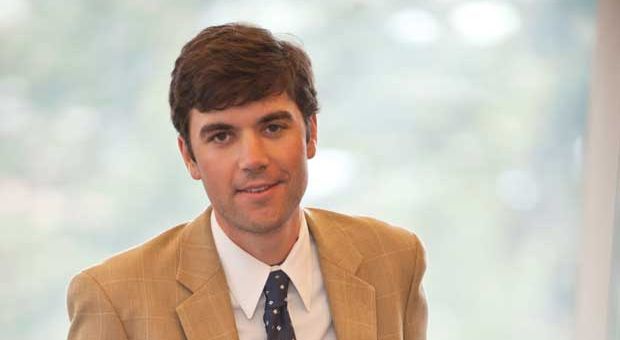 Heightened security concerns have created a bubble around modern presidents. As the first black president, governing in the age terrorism, with two wars continuing abroad, President Obama has felt increasingly isolated. In order to stay in touch, he asks the White House mail office to send him a sampling of ten letters a day from ordinary Americans. The Chief of Mail looks for three criteria: a representative sample of issues; originality and a powerful story; half must be positive, half negative. Washington Post staff writer Eli Saslow tracked down ten of these letter writers. He describes what their stories reveal about America today as well as the relationship between a president and the people

Every day a thin purple folder is delivered to President Obama. Inside are ten letters from people of all ages,
walks of life, and political points of view. The contents often work their way into the president’s speeches and policy decisions. Writer Eli Saslow’s new book takes a look at the White House’s sorting process for the letters; how
President Obama responds; and the power of personal stories in policy.

Saslow refers to the inevitable isolation a U.S. president begins to feel very shortly after taking office as “the bubble.” President Obama became frustrated by the phenomenon very shortly after taking office. “It only takes a few trips with Obama on Air Force One to see that every movement is scripted, every person he talks to has been screened and vetted before they speak with him, and people get nervous before they speak with him, so they’re not very candid and open, Saslow said. On on his second day in office, Obama called the mailroom to say that from every day forward, he would like to see ten unvetted letters that would allow him to get an idea of what is actually on some Americans’ minds.

Some Letters Have a Huge Impact

One of the letters the President used to illustrate a policy point was Natoma Canfield’s letter detailing her struggle to pay her healthcare bills during an illness. After reading Canfield’s letter, Obama visited her hometown and shaped a strong message about healthcare reform using her experience to illustrate a point about skyrocketing costs and patients stuck shouldering huge bills. “This letter ended up being transformative, not only for Obama, but I think also for Natoma,” Saslow said. “It’s a good feeling to know what there is somebody in Washington that was listening,” Canfield said.

An Appreciation of Narrative

Even the letters that aren’t interlaced into policy agendas still inform the president’s thinking. “I think Obama has always had a really major appreciation of narrative. He’s a writer himself. He’s a good writer himself. And I think he understands the power of stories. And I think sometimes the stories in the letters affect him more than policy briefings,” Saslow said. The letters also provide a unvarnished voice that the president doesn’t often have the opportunity to hear – a view that is different from that of most of the people who walk in to the Oval Office to speak to him face-to-face and may become intimidated by the power of the office.

The Pressures of the Presidency

Obama’s aides told Saslow that they sometimes worry the letter-reading may not be very good for the president. Obama told Saslow about the sense of powerlessness he sometimes feels upon reading the letters. Obama said that when he was a community organizer in Chicago, he could often produce some very tangible results that would benefit the people he served. But as president, there are many things he can’t accomplish because the act of governing is so slow, and many letter-writers he knows he can’t do much for. “Sometimes he’s been so moved by letters that he has actually called or written a check because he knows that’s the extent of his power in that situation…which is a pretty astounding admission for somebody who has the most power of all,” Saslow said.