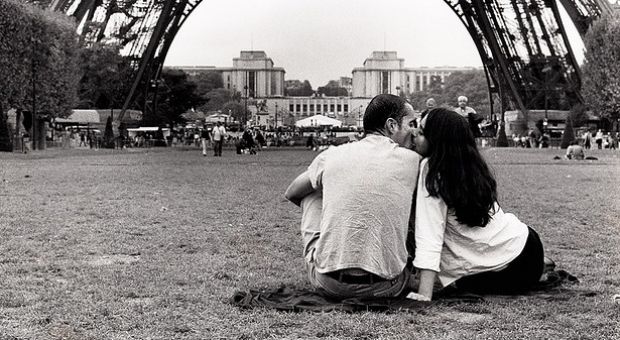 Romantic relationships can begin anywhere. But sometimes cupid’s arrow needs a little help to find its mark. Humans have been using matchmakers ever since Adam and Eve. Traditional matchmaking was often a role for rabbis and priests, friends and family. Now singles are increasingly looking outside their immediate circles to find a mate. Online dating has become a billion dollar industry. The professional matchmaking business is thriving. And some are even willing try a blind date arranged by their local newspaper. Diane and her guests discuss looking for old fashioned love in the modern world.

In fiction, one person randomly meets another, sparks fly, they marry, and live happily ever after. But in real life, finding a romantic partner is not that easy. Singles are increasingly employing technology and non-traditional methods to find a mate.

The Changes Online Dating Have Brought

Guest Eli Finkel said it’s important to remember that online dating only really began around 1995; now, 17 years later, it’s the second most-popular way for singles to meet, trailing slightly behind meeting through friends. Online dating represents a radical overhaul in how people are meeting potential partners, Finkel said. Spindel, a matchmaker who said she specializes in finding people’s soul mates, thinks online dating can allow people to build up a rapport before they ever meet in person.

Spindel emphasizes the difference between what she does as a one-on-one matchmaker and what most online dating sites have to offer. She charges $50,000 for her services and an additional $50,000 “finders fee” when a relationship works out, and all of her clients are men. “Men are very simple,” Spindel said. “You deliver exactly what they’re asking for and you leave the rest up to chemistry and the universe,” she said.

A young man called and asked for advice on how to get started dating, as he has reservations both about traditional dating and online dating. McGrath suggested he join a team or a club, or take up a class. Whenever people seek membership in a community or try something new, they’re putting themselves in situations where they can meet new people they wouldn’t have otherwise met, she said. “Even if you don’t hit it off with that person, it’s opening doors to a different social circle,” she said.

Another caller, Joann, decribed the circumstances in which she met her husband, in a Boston nightclub in 1974. “I have some concerns about the absence of the concept of serendipity and magic that comes with meeting people sort of spontaneously,” she said. McGrath said it may be true that we’re not meeting people in public places as much as we used to. “I have my iPhone. I’m on it all the time. You’re walking down the street, you’ve got your headphones in. So I feel like a lot of that sort of casual interaction where you might spontaneously meet someone is, you know, a
little muted these days,” McGrath said. “That magic is such an intangible, surprising, unexpected, unpredictable quality. When we send people out for a Date Lab we’re always trying to make a good match, but it never fails to surprise us whether or not people will actually have that chemistry or not have that chemistry,” she said.