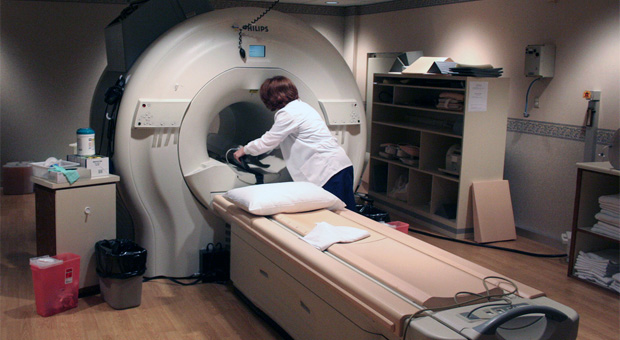 With healthcare costs in the United States ballooning, some are calling for restraint in the prescription of expensive medical tests like MRIs. http://www.flickr.com/photos/binkley27/3451700024/

Doctors order and patients request many medical tests that add to expenses without improving care. A number of medical and consumer groups are now recommending doctors think twice before routinely prescribing some common medical tests such as stress tests for people with no symptoms of heart trouble, MRIs and CT scans in the early weeks of back pain, and routine colonscopies more than once a decade. Please join us for a discussion on the kinds of medical tests some say we can safely skip and why.

Most of us get medical tests we don’t need. That’s a fact recognized by almost everyone in the health care field. Last week, some medical and consumer organizations
issued guidelines about tests we probably should skip.

“Some of the tests that have been noted are things like CT scans or MRI scans of the head after an uncomplicated fainting spell without any other symptoms, an annual cardiac stress test for a person who has no sign of cardiac disease and no risk factors, or routine chest x-rays or EKGs as part of an annual physical or before outpatient surgery or minor surgery, and then a very common one is MRI of the spine within the first six weeks of the onset of lower back pain,” Cassel said. Brownlee said unnecessary care is actually quite a large problem, with anywhere from 20 to 50 percent of all care delivered in the U.S. estimated to be unnecesasary care.

Some doctors are more likely to order certain tests more often than may be necessary because the tests are revenue generators. For instance, Dr. Mishori said he has seen patients who have visited a gastroenterologist who have told them they need a colonoscopy once every five years, when his own recommendation would be for the average patient with no other risk factors to undergo the procedure once every 10 years. Dr. Mishori also said, on the other hand, that he’s encouraged by some societies of specialist doctors that have spoken out against over-testing and procedures.

Dr. Mishori said one of the other problems is that doctors often treat patients and order extra tests for even “borderline” conditions. “So now, we’re treating pre-diabetes, we’re now treating pre-hypertension. We’re now treating osteopenia. That’s the pre-osteoporosis.” Mishori said that “life is pre-death” and that doctors can choose to treat many things, but that they need to better evaluate which tests are really worth doing and which ones cause more harm than good.