New Clues about the Sinking of Titanic

New Clues about the Sinking of Titanic 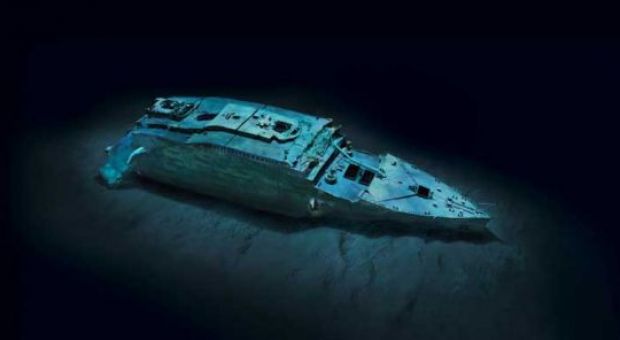 One hundred years ago this week, the R.M.S. Titanic struck an iceberg in the North Atlantic Ocean and sank, taking the lives of more than 1,500 passengers. Until now, scientists have had very limited views of the sunken ship, whose remains cover more than 25 square miles of the sea floor. For the first time, new, high-definition images reveal the most complete picture of Titanic and provide new clues about the ship’s violent descent to the ocean floor. A new look at Titanic and why it continues to capture the public imagination a century later.

All images are from the April 2012 edition of National Geographic magazine:

One hundred years after the sinking of the Titanic, the tragedy continues to captivate the public imagination. Now, high definition photographs reveal details of the undersea wreck that have never been seen before. They provide clues about what really happened on that fateful April night.

Why Is The Titanic Still Interesting?

Sides believes it’s one of those subjects that has something fascinating for everyone. Whether you’re interested in period costumes; the technology and engineering of the ship; the architecture; or Edwardian times in general. It was also a tragedy of huge proportion. “I think that probably 100 years from now, it’ll still be one of those handful of subjects that is always talked about,” Sides said.

The newest images from the Titanic’s wreckage are a gold mine for researchers. “In previous expeditions, our view of the wreck was as if we were, say, in New York City at midnight, in a rainstorm, trying to understand the city with a little pen light. You know, we were getting limited views of pieces of the wreck in the murk. It’s viewed through the porthole of a submersible with a little bit of light directing us. Now, what we have, for the first time, is a macro image of the entire site. Every object, every davit, every crane, every hatch cover, the bow, the stern but ever other piece in between,” Sides said.

The Greatest Part Of The Mystery

The greatest mystery about that night isn’t why the ship sank, Sides said, but rather why it sand so quickly. Could more people have been saved? Were passengers put into the lifeboats quickly enough? There was also another boat not far away, Sides said, that could have come to the Titanic’s rescue, but for a combination of reasons it didn’t appear to get the message and didn’t understand the gravity of the situation. “So it became this great tragedy of errors, small errors that were committed after the striking of the iceberg,” Sides said.